Of course female-led businesses can scale up, they just need to be given a fair chance 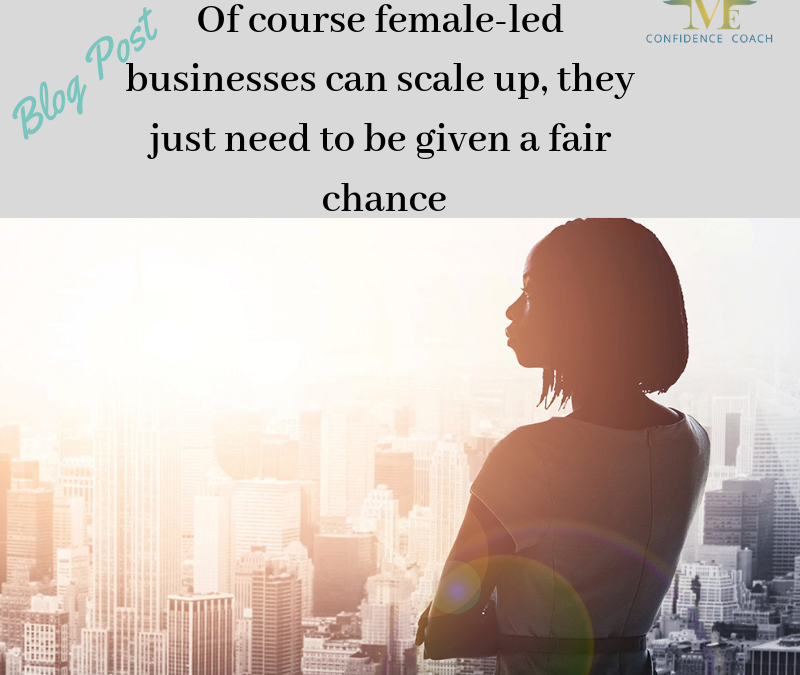 It’s 2019 – and men and women are still not equal in business. Three-quarters of the fastest-growing companies in Europe and the US have no women in senior leadership.

Because women spend more time on child rearing than men, they face a “motherhood penalty”, where earnings plummet and career trajectories slow after their first baby is born. And today the Rose Review – a Treasury/RBS report initiated by the Telegraph Women Mean Business campaign – highlights a gender chasm at various stages of the entrepreneurial journey.

At almost every point – from the initial idea through to scaling – UK women are less likely to pursue, persevere, and ultimately succeed at entrepreneurship than UK men.

As a result, our economy is missing out on huge untapped potential. Up to £250bn of new value could be added to the UK economy if women started and scaled businesses at the same rate as men.

We are the start-up and scale-up capital of Europe, with companies attracting more venture capital than any other country on the continent.

Yet only one in three entrepreneurs is female, firms with at least one female founder receive just 10 per cent of the funding pie, and women-led businesses are, on average, just 44 per cent of the size of male-led companies.

Far from being a “women’s issue”, the scale-up gap has an impact on the UK economy as a whole. An economic mystery of the last few years is the productivity crisis, and there is a growing concern that a divide between “superstar” firms pushing forward at the technological frontier and a long tail of small firms lagging behind is to blame.

With male SMEs five times more likely to scale up to £1m turnover than female SMEs, the economic case for more female growth businesses is hard to ignore.

Can female-led businesses scale? Of course. Debbie Wosskow OBE – now well-known thanks to her third venture Love Home Swap and networking club AllBright – founded her first firm with a £3,000 bank loan and the plucky mantra “nothing to lose”. When Darjeeling Express restaurateur Asma Khan started out, she had never done a PowerPoint presentation. She is now an author, winner of multiple business awards, and will be the first British chef to join the cast of Netflix show “Chef’s Table”.

Keely Deininger became an “accidental entrepreneur overnight. No company name. No business plan. No research. Just action.” Today, I’ll be chairing a panel to mark the launch of the Rose Review with Rosaleen Blair, whose high-end recruitment and outsourcing firm Alexander Mann Solutions was sold last year for £820m. The list goes on. And on.

Many previous studies into female entrepreneurship eagerly remind us that women’s ambitions, determination and abilities match those of men. What’s missing, many claim, are the resources to let them fly. More role models, money, mentors, they plead. But this puts the cart before the horse, which is why reports like the Rose Review are vital in offering tangible, actionable recommendations to ensure female-led firms thrive.

For instance, it recommends that a digital one-stop shop be created to aggregate existing information and later tailor content to each visitor to offer personalised recommendations on services and resources. Too often, (female) entrepreneurs are in the dark about the schemes out there designed to support them.

But perhaps most potently, the RBS report makes industry-specific recommendations to boost female founders, including the creation of new banking products aimed at entrepreneurs with family care responsibilities; and improving access to expertise by expanding the entrepreneur and banker in residence programme.

Female-led scale-ups are no chimera. I’ve met countless women at the helm of multi-million pound businesses and there is a pipeline of inspirational entrepreneurs hot on their heels.

A century ago, the Sex Disqualification (Removal) Act 1919 had yet to be passed and the most talented women weren’t even close to being able to fulfil their potential. Fifty years ago, women didn’t even use the word “entrepreneur”: their businesses were called “sidelines”.

We’ve come a long way: today we just need to level the playing field and ensure Britain becomes the best place for women to start and grow a business.

Author: Annabel Denham is the Communications Director at The Entrepreneurs Network

This site uses Akismet to reduce spam. Learn how your comment data is processed.

This website uses cookies to improve your experience while you navigate through the website. Out of these, the cookies that are categorized as necessary are stored on your browser as they are essential for the working of basic functionalities of the website. We also use third-party cookies that help us analyze and understand how you use this website. These cookies will be stored in your browser only with your consent. You also have the option to opt-out of these cookies. But opting out of some of these cookies may affect your browsing experience.
Necessary Always Enabled

Any cookies that may not be particularly necessary for the website to function and is used specifically to collect user personal data via analytics, ads, other embedded contents are termed as non-necessary cookies. It is mandatory to procure user consent prior to running these cookies on your website.